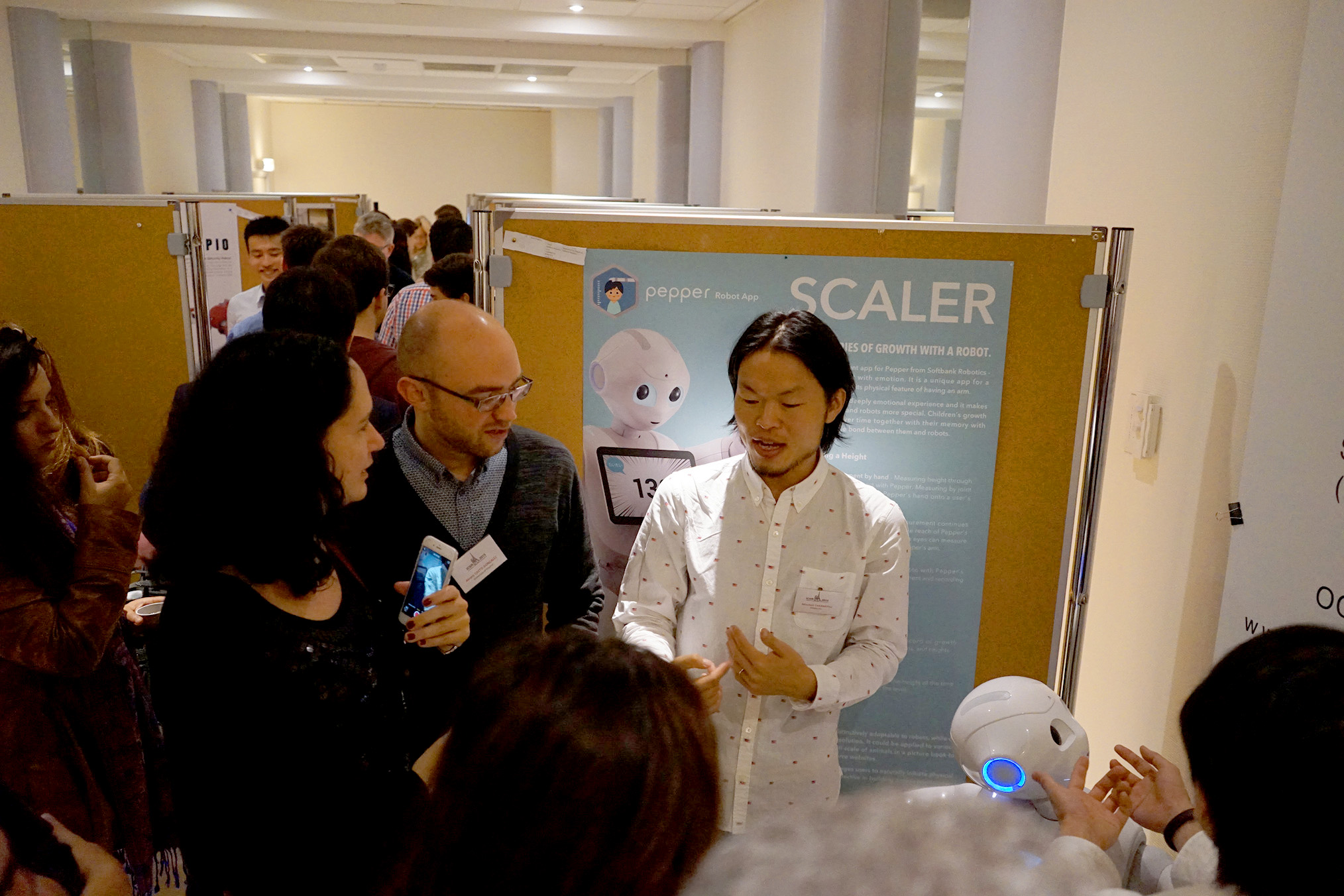 We displayed Pepper app “Scaler” at International Conference on Social Robotics 2015. Scaler is a Pepper app that measure height. I went to the conference with project members to help them demonstrate the app at the conference. We initially thought we will do a demo with posters and video but Aldebaran lent us a pepper so we were able to do an actual demo using the pepper. International Conference on Social Robotics is a conference with the interaction between humans and intelligent robots as a theme. Because there are not many robots as socialized as Pepper, our demo booth was filled with large audience. Scaler was not localized to French so the demo was in Japanese. But the guests understood how Scaler works with Pepper’s gesture and information from the display on Peeper. As I say many guests measuring their height with Scaler, I strongly felt the power of the gesture by humanoid robots. It was interesting to see how the reaction of researchers who tried our demo was pretty similar to that of Japanese people.